A worrying trend among Australia's major resource companies is the increasing amount of engineering, detailing and fabrication work being sent offshore - a move that has had significant impact on local fabrication. But there are some positive signs in the food and beverage sector that local fabricators are more than capable of meeting design and fabrication expectations.

When ASSDA member and Accredited Fabricator, A&G Engineering, put in a bid to build 10 x 100 hectolitre beer fermenters for Casella Estate - a company best known for their Yellowtail wine label - they had to compete against companies as far away as Europe for the coveted project.

But A&G had a few advantages over the offshore companies: they had worked with Casella before, fabricating 88 x 1.1 million litre wine tanks for the company’s tank farm in Yenda, NSW; they have supplied stainless steel tanks to Australia’s leading breweries, wineries and beverage companies; and they are one of the largest users of stainless steel in Australia.

A&G’s win is an important victory for the Australian industry as a whole and another milestone for A&G Engineering, which was founded in 1963.

A&G’s Design Manager Heath Woodland said the tanks were designed to AS1210-2010 pressure vessel standards, in order to withstand a pressure rating of 115kPa.

The stainless was welded with A&G’s semi-automated welding process and the internal welds were polished to achieve a 0.6Ra surface finish, to meet beverage industry standar 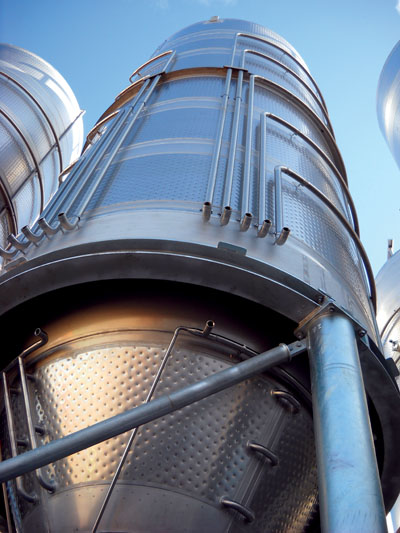 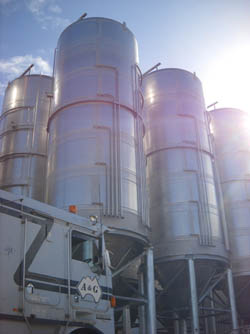 ds of a food grade finish.

A&G built the vessels at their Griffith and Irymple plants, before transporting them to Yenda. With the beer fermenters now in place, it is hoped the Casella Brewery will be operational by the end of 2011.

This article is featured in Australian Stainless magazine - Issue 50, Summer 2011/12.