75 tonnes of stainless steel has been used to replace the floor in an enormous tank at QNI Limited's Yabulu Refinery near Townsville in North Queensland.

The tank is one of a series of seven thickener tanks, each of which is 50 metres in diameter. The purpose of the tanks is to form a counter current decant wash circuit for leached ore. Solid tailings are separated from liquor streams in the tanks which act as large settling devices, separating leached ore from a leached solution for the recovery of nickel and cobalt.

When the floor plate of one of the tanks was due to be replaced in June this year, QNI chose stainless steel for the job.

According to QNI's Deputy General Manager lan Skepper, the deciding factors in the choice of stainless were that it was relatively inexpensive and offered increased service life.

"The tanks have been in service for 25 years and the floor plates require replacement on a rolling basis," Mr Skepper said.

"They operate in a harsh environment, holding a solution which consists of strong ammonium hydroxide with up to 15 grams of sulphate per litre heated to 50 degrees celsius. This harsh chemical composition means that the floor plates suffer from severe corrosion and need to be replaced every 10 to 12 years.

"Traditionally we have used mild steel, but chose to use stainless this time because the material cost was not substantially higher particularly when the life expectancy of the floor will double due to the corrosion resistant properties of stainless." 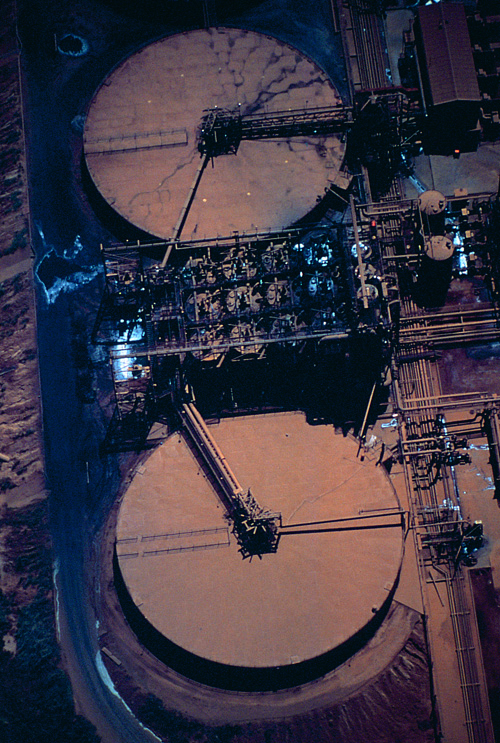 Stainless steel was chosen also for its mechanical robustness and because it can be repaired or modified by workers who possess relatively standard trade skills.

To replace the floor plate, the tank had to be taken offline for six weeks resulting in reduced washing efficiencies and reduced metal recoveries at the refinery during this period.

"Future disruptions to the refinery due to replacements of thickener tank floor plates will now be reduced, because we expect the floor of this tank to last for at least 25 years," Mr Skepper said.

The job involved insitu welding of 5mm sheets of grade 304 stainless laid onto a sand bed.