When Carlton & United Breweries (CUB) announced plans last year to expand production capacity at the Yatala site in Queensland, the company considered both purchase of new stainless tankage as well as transfer of tanks from its Sydney brewery and re-use of second hand tanks in its inventory.

Six such vessels had been stored by CUB on leased land in the City of Redcliffe, unsealed and exposed to the weather.

Constructed in 321 stainless, the 3 x 12 metre tanks were out of service for the last ten years and placed in the yard for future use.

The six beer storage tanks are part of a series of 16 tanks built in 1966, that have proven the test of time and reinforced the material's durability and returned back to service 'as good as new'.

ASSDA member, D & R Stainless was approached to upgrade the six 1,000 hectalitre (hl) vessels to the new fittings with design verification and tested to meet AS 1220 Standard.

The Brisbane-based fabricator modified, checked and tested the beer storage tanks so as to meet CUB's exacting standards for beer production which would include popular CUB brands such as VB, Fosters Lager, Carlton Midstrength and Crown Lager, allowing them to be used as part of the ongoing expansion.

Work on the six tanks involved cleaning down and refurbishing with new stainless steel tubes and fittings supplied by Matrix Process Solutions.

The six tanks were taken to D & R Stainless and pumped with 4,000 litres of water constantly through the system and back through the CIP spray balls so that all of the tank area was wet to see if there was any carbon steel pick up.

All tanks were checked thoroughly for any rust spots and repolished where required. New nozzles were also installed and internally polished.

D & R Stainless Manager, Ray Powell was initially concerned that the carbon steel supporting rings around the vessel would bleed through onto the stainless as there were no compensating plates.

"We only had one tank [the first tank] that had a problem and that was laminating in the heat effected zones. And that was only on one tank on the bottom of the seams, so we came back in and dye checked, found the problems, ground back and repaired," Mr Powell said.

"The quality of the tank is in good condition. The beauty of stainless is that if it's looked after it will last forever and proof's in the pudding, they're coming up nearly 40 years old - they've certainly proved the test of time," he said.

The expansion of CUB's Yatala facility follows an announcement in April last year of the closure of the Kent Brewery in NSW by February 2005. 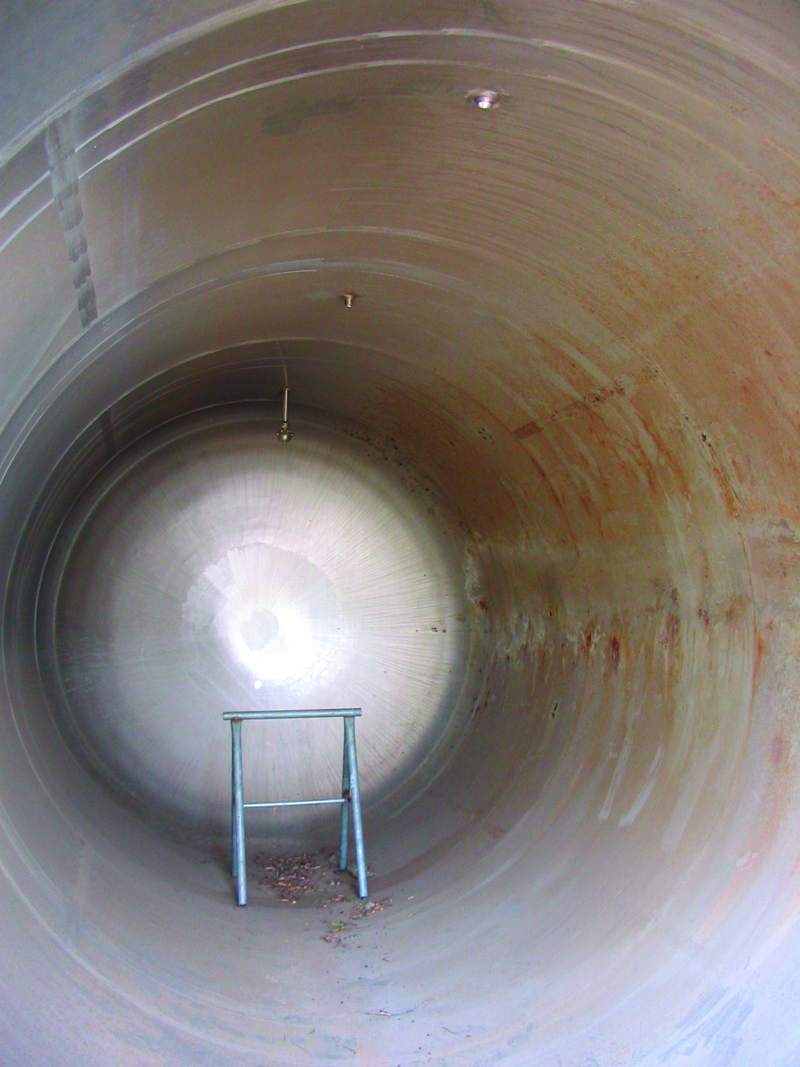 This operational review will see the relocation of over 50 beer fermentation and storage tanks from Sydney, a brand new twin stream brewhouse and new filtration equipment to the Queensland facility, which is CUB's most efficient brewery. Total project cost is around $170 million.

Despite being out of service for more than a decade, the excellent condition of the tanks ensures that stainless steel has significantly contributed to product quality and cost efficiency for Carlton & United Breweries long into the future.