A crevice is a narrow gap between a piece of metal and another piece of metal or tightly adhering material like plastic or a film of bacterial growth.

Many metals and alloys are susceptible to crevice corrosion, but in stainless steel, crevices are the first and most common place for corrosive attack to begin. With a little understanding, crevice corrosion can either be avoided or minimised.

Crevices can be designed into the structure, they can be created during fabrication or can occur during service.

Why crevices can corrode
To work at its best, stainless needs free access to oxygen. Crevices are wide enough to permit entry of moisture, but narrow enough to prevent free circulation.

The result is that the oxygen in the moisture is used up. In addition, if chlorides are present they will concentrate in the stagnant conditions and, by a combination of reactions, the moisture can become acidic.

These are all conditions that can lead to the breakdown of the passive film on the stainless. Attack can then progress rapidly.

Crevices can create conditions much more aggressive than on adjacent surfaces. Having crevices builds in weak spots where attack can begin and begin in much less severe conditions than anticipated for the remainder of the structure.

Table one shows laboratory measurements of critical temperatures needed to cause pitting on an open surface (CPT) and crevice (CCT) attack of a metal plate beneath a PTFE washer in a 10% ferric chloride solution.

The CCT is at least 20˚C lower than the temperature to cause pitting corrosion in this aggressive liquid. (Ferric chloride solution is an aggressive corrodent and is used because it is similar to the liquid in a pit when it is actively corroding.)

Crevice Shape
The geometry of the crevice will influence its susceptibility to attack and the speed of progress. The narrower and deeper (relative to its width) a crevice is the worse attack will be.

Environment
The more aggressive the liquid outside the crevice, the more likely it is that the crevice will be attacked.

This is why crevice attack can be a problem in a salty swimming pool but not in a fresh water tank.

In the atmosphere, crevices beside the sea give more problems than in rural environments. If the liquid outside the crevice is very oxidising, eg with bleach, hydrogen peroxide or ozone, then crevice attack will tend to be more severe.

Temperature
Once the CCT is exceeded, then as with pitting corrosion, higher temperatures mean corrosion is more rapid. The rule of thumb is that a 10˚C rise in temperature will double the corrosion rate.

This means that when comparing Far North Queensland to Tasmania, not only are crevices more likely to start corroding but also that once they do, they will corrode faster because the temperature is consistently higher.

Design
Design to minimise the occurrence of crevices.  If a crevice is a necessary part of a component’s design – can it be made wider?

Minimise use of bolted connections and other fasteners. Where crevices can’t be avoided use a steel grade resistant to crevice corrosion in the operating environment. It is also possible to seal the crevices to keep out corrosive liquids, but care must be taken that the seal is permanent.

Be careful that the sealant “wets” the surface. If it doesn’t it may form its own crevice. Sealants that dry and shrink can form their own crevices.

Gaskets between flanges will probably form a slight crevice, but if the gasket does not absorb the liquid and is compressed between the surfaces (and not bulging around the flange), then the crevice is usually shallow enough so that crevice corrosion is not a problem.

Fabrication
Ensure full root penetration of welded joints with smooth weld bead. Avoid under cut and cracks in welding. Use of sticky labels or markers of various kinds (such as crayons) should be avoided, as should smears of grease or oil.

“Smooth and clean” at all times. ASSDA Accredited Fabricators are assessed on their knowledge of crevice corrosion.

Operation
Sediment and scale can both result in crevices.

If the problem can’t be designed out, routine maintenance will minimise risk. Crevice corrosion under bacteria film can occur. Maintaining circulation reduces the risk that debris will collect and form crevices in dead legs or low flow areas.

Further Reading
The Nickel Institute’s free publication #11021 “High Performance Stainless Steels” contains much of the information used in this article.

This publication and a mathematical model useful for assessing crevice corrosion risk can be downloaded from the Nickel Institute website - www.nickelinstitute.org

If more detailed corrosion mechanism information is required, then “Corrosion of Stainless Steels” by A. John Sedriks is a good intermediate point. 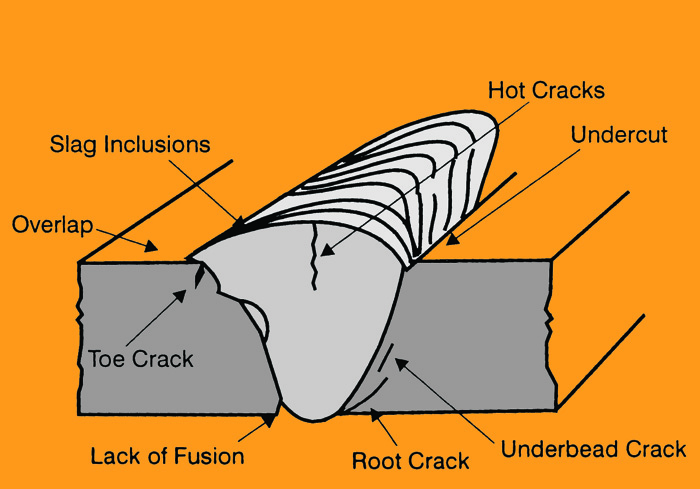