Loss in production due to installation of new equipment is always undesirable, which is why an upgrade on the scale of Australia Meat Holdings’ recent boning room expansion at Aubigny (west of Toowoomba, Qld) was even more remarkable.

The project, managed by Wiley & Co, more than doubled the size of AMH’s existing boning room, improved work place ergonomics and provided for future growth – all without interruption to production.

The expansion incorporated more than $4 million worth or 100 tonnes of stainless steel, around half of which was fabricated by ASSDA Accredited Fabricator G & B Stainless from Crestmead, Qld.

G & B Stainless director John van Koeverden said their company’s work on the project involved 20 to 30 people in their workshop and eight people on site for around 5 months. 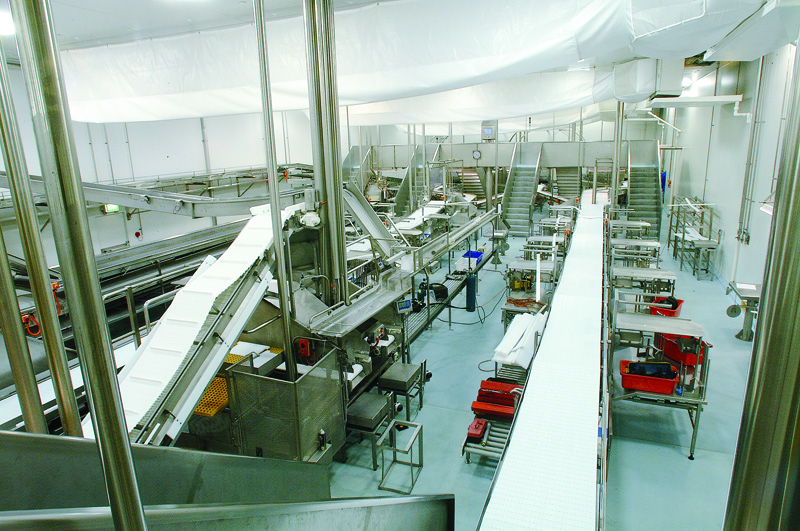 Mr van Koeverden said mainly 304 and some 316 stainless was used for the double and triple tier conveyors.

“One of the unique features of the job was the two 60 metre long boning conveyors and integral slicing tables, which we designed specifically for this application,” he said.

“The tables incorporate over 100 stations and feature pneumatic lifts to raise the tables up to 90 degrees for ease of cleaning.”

G & B Stainless used a glass bead blast finish over most of the stainless steel, primarily to remove weld stain and further enhance the hygiene features of stainless steel.

Wiley & Co project engineer Scott Hebbard said the fact that G & B Stainless was ASSDA Accredited played a role in their selection to fabricate the majority of the stainless steel equipment in the new boning room.

Four other fabricators shared the remainder of the work, including the fully enclosed walkways and the conveyors up to and taking away from the vacuum packing equipment.