When Sydney's Star City Casino emerged from the chrysalis of its construction scaffolding, its metamorphosis included a gleaming 340m2 stainless steel-and-glass canopy facing the harbour.

ASSDA Member TripleNine Stainless fabricated and installed the canopy over the main entrance of ‘The Star’, as it is now known, as part of an $850 million redevelopment. This transformation saw Sydney’s only casino swing its orientation 180° from Pyrmont’s fish markets toward the city’s glittering Darling Harbour.

The Star’s façade was designed by Fitzpatrick + Partners and is comprised of 147 flags of clear, low-iron glass supported by two fingers of 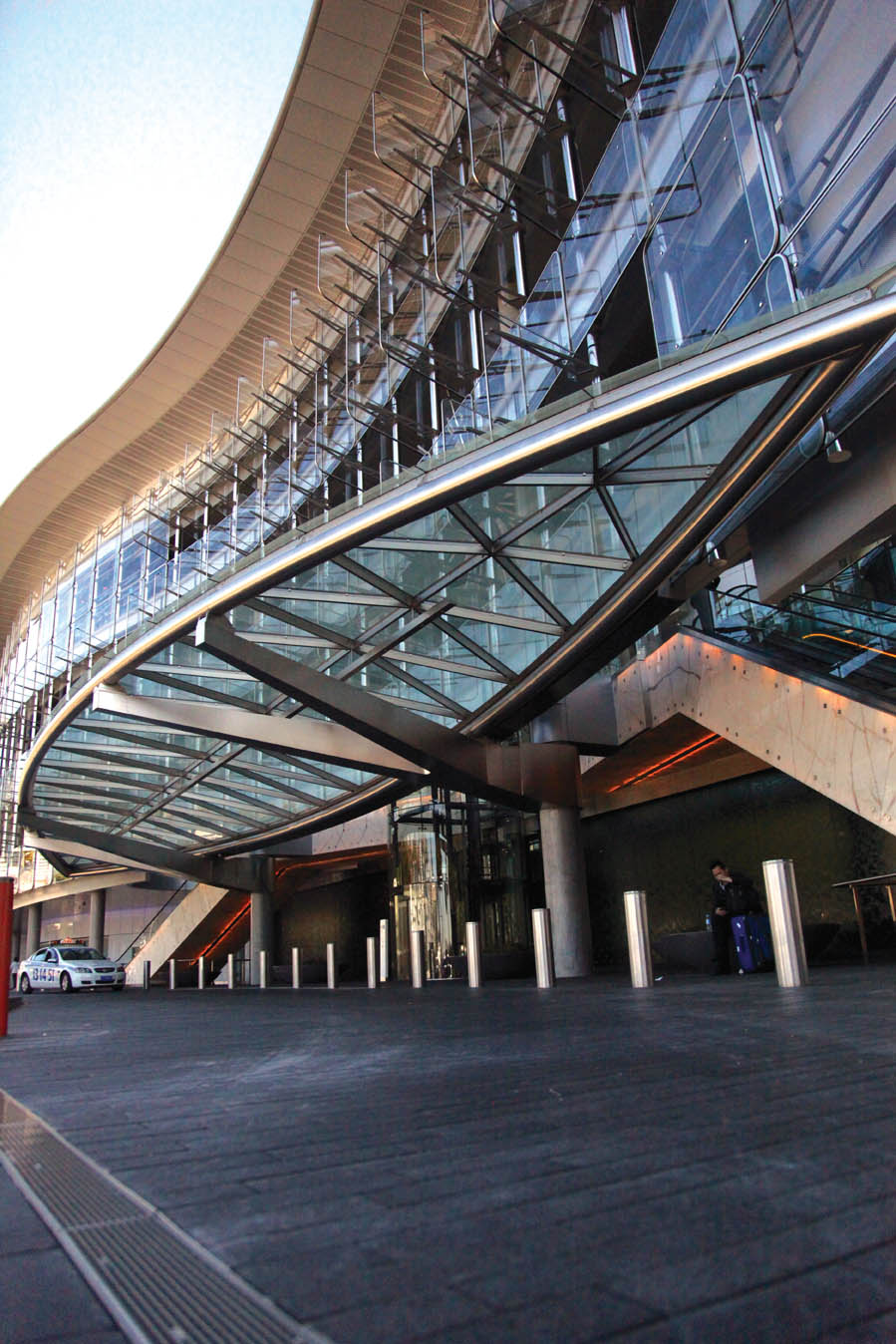 20mm and 166mm plate stainless steel. The surfboard-shaped canopy is 40m x 8.5m and made of 300 nominal bore pipe with a lattice effect created by 100 x 50 rectangular hollow sections. All 18 tonnes of stainless steel is 316 grade and was supplied by ASSDA sponsor, Atlas Steels.

Peter Petro, the site architect for the project, says stainless steel was the obvious choice from both a practical and an aesthetic point of view. ‘From a practical perspective, we chose stainless steel because it’s so close to the water and we needed something that was resilient.’

In terms of aesthetics, Petro says they wanted a high-quality finish for the front of the building and stainless steel was a prime choice. ‘We also had a lot of lighting design so we wanted something that would bounce the light around. We were able to give the stainless steel a polish that also matched the glass façade upstairs. This gives it a playfulness at night and a high finish during the day.’

TripleNine’s Director, Justin Brooks, says electropolishing wasn’t an option because of the massive size of the canopy. ‘Instead, it was polished to 400 grit then passivated with an Avesta product.’

Brooks says the project's engineers and designers, Yuanda, employed a Feng Shui expert to sign off on the canopy before
it was built at TripleNine’s purpose-hired workshop. ‘The basic geometry came from the client but we did the design detailing because of all the different shapes and angles,‘ explains Brooks.

The $1.4 million canopy project commenced in August 2010 and was completed in January 2011 with about 15 people assig 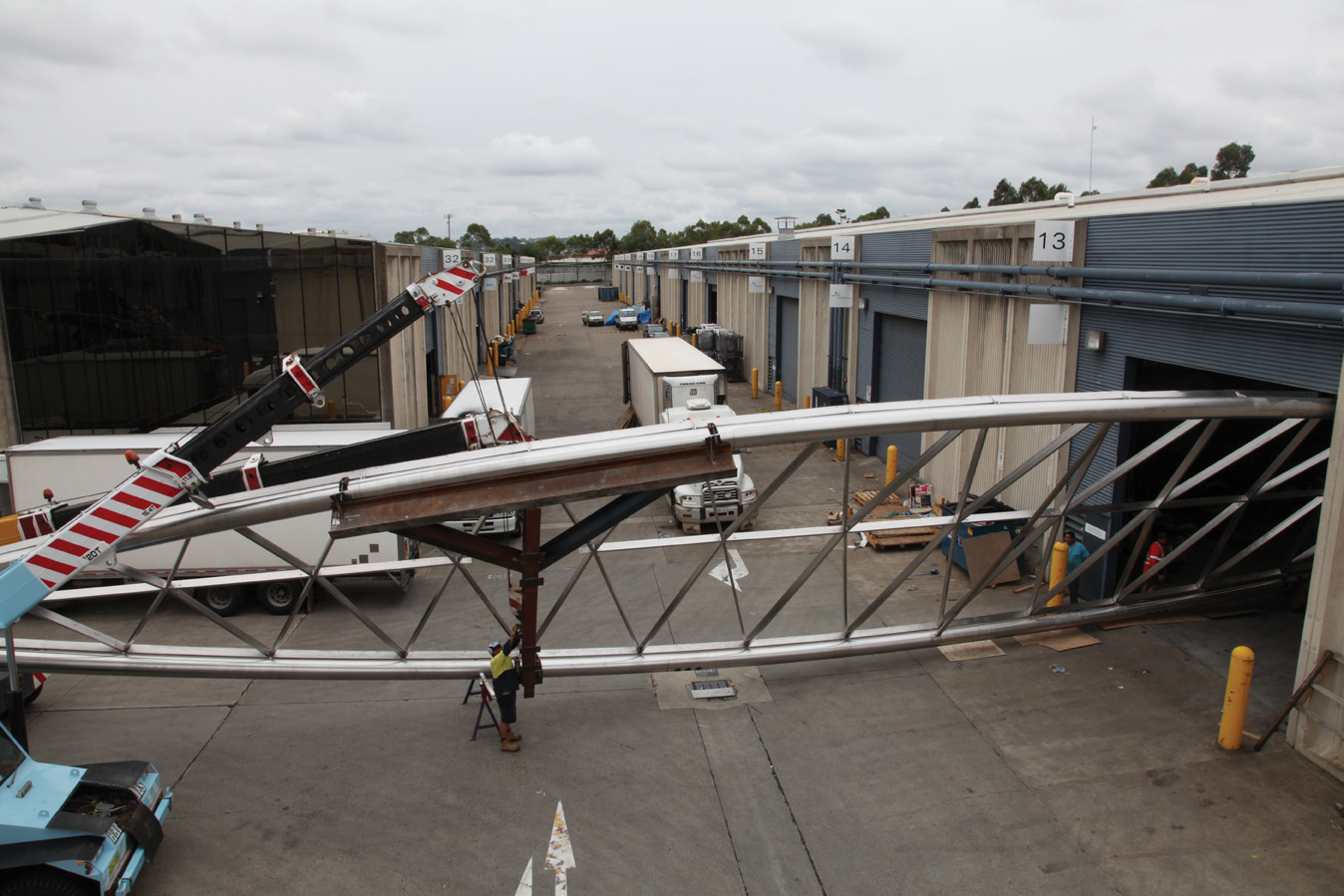 ned to the project. The canopy was built in one piece and transported with a police escort in the dead of the night on the back of a truck with front and rear steering. Installation took only two days, says Brooks.

During the design-detailing phase, TripleNine employed 3-D modelling and Yuanda’s engineers gave careful consideration to expansion and
contraction. ‘Because [the canopy] was so big, we needed to include some bridge building technology,’ says Brooks. ‘We used expansion pads as the canopy was calculated to expand up to 50mm across the total length of it.’

‘The Star’ is a bright, light addition to the harbourside l 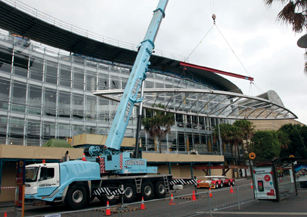 andscape. While the elements of Feng Shui can’t be guaranteed to produce financial fortune in The Star’s casinos, the stainless steel canopy is certain to maintain its appeal for decades to come.

This article is featured in Australian Stainless, issue 52.