When ASSDA Accredited Fabricator Nepean Engineering was awarded the tender for the manufacture of the stirring mechanisms for 10 thickeners for the Goro Nickel Mine in New Caledonia, they had no idea of the enormity of the venture. But having now completed the two-year undertaking they reflect on what has been their biggest stainless steel project to date.

Although the nickel mine was a massive development, Nepean Group Owner and Managing Director David Fuller admits the initial stages of commencement were a little “stop-start”.

“We won the tender 2 years before from GLV Australia Pty Ltd (Dorr-Oliver Elmco) but the project was cancelled,” he says. “We then had to re-tender and were lucky enough to win it again.”

Manufacturing finally commenced in August 2005 and was completed in March 2007. 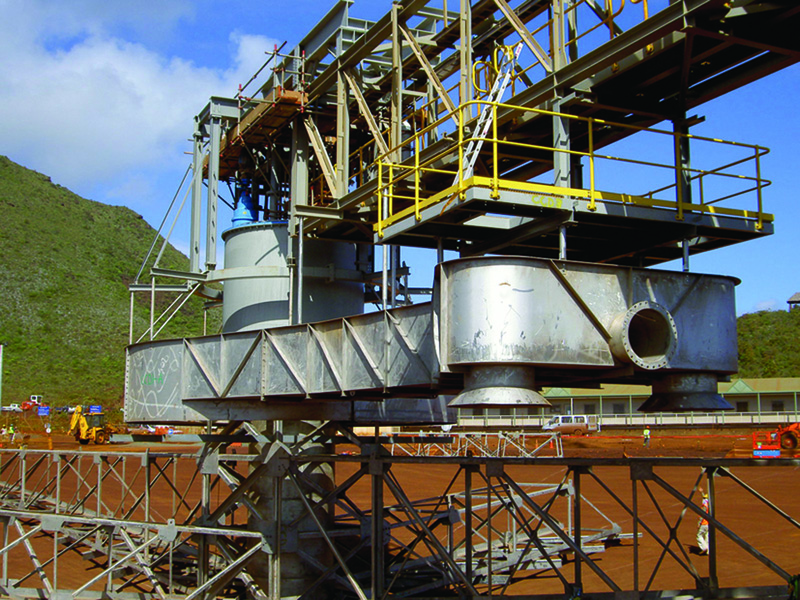 David says the project resulted in 410 tonne of stainless steel product, including an additional 370 tonne of carbon steel. The contract export value was $10 million. Varying grades were used including 338 tonnes of 316L, 65tonne of 904L and 7 tonne of AL6XN. The thicknesses ranged from 1.6mm up to 80mm.

Six of the thickeners were 70 metres in diameter and required the manufacture of 33 metre long raking arms. Because a highly corrosion resistant material was needed where the nickel extraction occurred, Nepean Engineering used 904L for its high nickel and chromium content. The thick sections required meant that 316L and 904L were used to avoid sensitisation and the subsequent risk of intergranular attack.

Super-austenitic grade AL6XN with 6% molybdenum and high nitrogen, offered better corrosion resistance and was used in one of the smaller thickeners, which extracts cobalt. This material was imported from America.

When manufacturing commenced Nepean Engineering experienced quite a few challenges as a large amount of material was non-standard size.

“316L angle was unavailable so all angles were pressed from flat plate,” David says.

Pressing was performed across the grain. This required joining 2 x 8 metre sheets using sub arc welding so that the longer angles could run across the sheet. The sheets were then cut to fit the plasma cutter, which could handle 6 x 17 metres. Some of the angles were formed in Nepean's 1000 tonne press and others were subcontracted for specialist pressing. 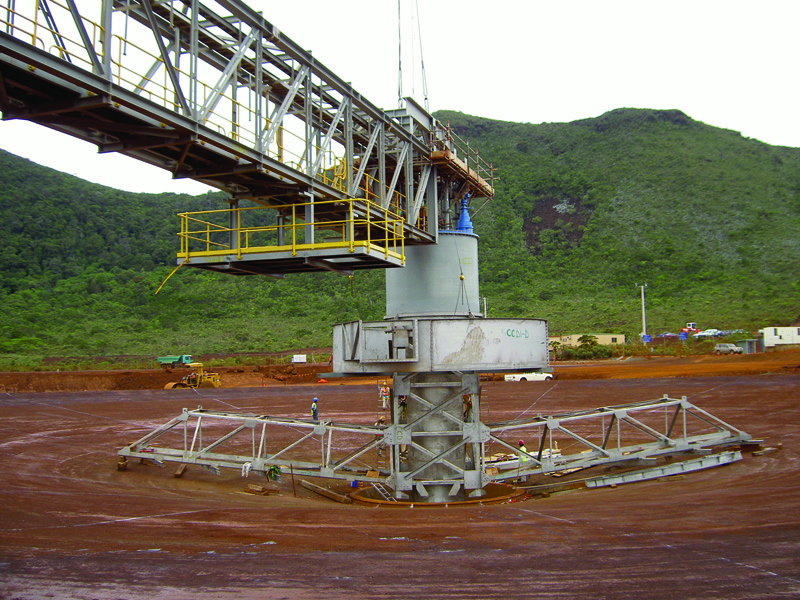 Special dies were made for Nepean's press to allow larger angle radius. Furthermore, pipe unavailability due to wall thickness requirements meant up to 2 semi-circular half sections of pipe had to be pressed then sub arc welded together to achieve a die of the required length and diameter. For quality purposes, all welding required procedures. Nepean Engineering created a procedures manual for approval by the client.

Contamination from processing and handling was an issue that required focus. Nepean Engineering built a new factory dedicated to stainless steel with inserts at work stations, on forklift tines and on cranes plus separation sheets on presses and rolls to avoid cross contamination. All welds were pickled after fabrication. However, it became evident that not all contamination had been removed with further contamination also occurring due to airborne grinding particles. In order to provide a clean surface with a uniform overall appearance, flap disc grinding and garnet blasting was performed which removed any contamination, excess flux, heat tint and oxides.

With such a large quantity of stainless steel on site and with varying grades and material thicknesses, clear identification was imperative. Traceability was adopted on all parts and processes of the project with the introduction of a colour coding system to identify the different grades of stainless steel.

Material heat numbers were stamped on all components. Maps and naming schedules were used so that each component had a part number and could be identified on a drawing. A spreadsheet was produced to advise the client of the heat number of the plate from which each part was cut. This then could be traced to a material certificate to provide the chemical and mechanical properties of that particular plate or item.

Weld traceability was also adopted on all parts of the project. Again maps and naming schedules were used so that all welds could be identified. Each welder was assigned an identification number, which was then traced against the weld number and placed on a spreadsheet similar to the material traceability spreadsheet.

Other parameters traced were the type of wire used, wire batch numbers, flux type and batch and welding procedures.

Non-destructive testing (NDT) was employed with dye penetrant and ultra sonic tests on the non-magnetic, austenitic stainless steel components and magnetic particle and ultrasonic on the carbon steel components.

David Fuller said “the job was a major challenge but one that Nepean Engineering rose to”. “The experience we have acquired, along with the additional infrastructure built puts us in good stead for future projects of this magnitude.”